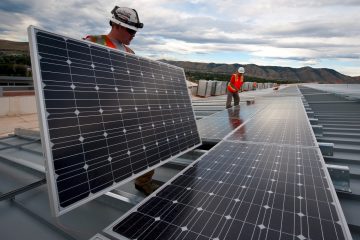 Free Solar Panels in Texas: Are They as Free as They Say?

Things You Need To Know While Buying A Digital Piano

More than 15 million people in the U.S. are tracked daily using GPS and GNSS technology. However, this number constantly shifts as information consumers plan a trip, ask for directions, or try to log into an app from a new location and require verification.

That’s why using a GNSS simulator is essential for the development of new products and scientific studies.

For decades, the underlining infrastructure of global navigation satellite systems, or GNSS signals, has been in place. The technology was developed by both the former Soviet Union and the United States for prominent military and defense uses.

Now, the technology for pinpointing your location is as ubiquitous as your cellphone.

In the following article, we’ll discuss the importance of GNSS modeling to the tech sector and how GNSS simulators can play an essential part in your next product.

Unless you’ve been living under a rock for the last 30 years, every adult has a basic concept of GPS. To the layman, they believe there is a system in place that allows you to pinpoint a device’s location anywhere on the globe with extreme accuracy.

The definition is in the name: Global Positioning System.

However, when experts refer to GPS, they specifically refer to a United States-based system or NAVSTAR. A person can access the GPS anywhere in the world as long as there is a line of sight to at least four of the 24 satellites that make up the NAVSTAR network.

In comparison, GNSS uses satellites outside the NAVSTAR system to accurately predict a device’s location anywhere in the world. One of these systems is GPS, but there are others.

Examples of other GNSS systems include Galileo, BeiDou, and Quasi-Zenith.

How Does GNSS Work?

For all intents and purposes, GNSS systems work on the premise of triangulation.

Satellites of the dedicated GNSS network circle the Earth constantly. Most systems have two dozen or more of these satellites circumnavigating the globe.

Each of these satellites transmits a signal unique to the system and the satellite. GNSS receivers take the location information broadcast by multiple satellites and triangulate the receiver’s precise location on the globe.

Triangulation is determined by measuring the distance between two or more satellites and then comparing it to a third undetermined point angle.

What Is a GNSS Simulator?

A GNSS simulator, like a popular one made by Cast Navigation (castnav.com), is an essential tool for technology and app developers because of its versatility of the simulator.

Certain regions of the world may require you to use their GNSS system for regulatory approval. For example, Galileo is the European Union’s principle GNSS. So as you develop a product, you will want to make sure that it works on GPS and Galileo for approval of the technology in European countries.

A GNSS simulator can be set to work with multiple GNSS formats and signals so that you are covering all your bases as you develop your app or technology.

The best way to learn more about the best GNSS simulator for your product is to ask the experts either at manufacturers like Cast Navigation or to speak to contractors that understand the delicacies of satellite interference or jamming specifics.

This is the best way to determine if you are getting the proper GNSS simulator for your product.

Was this article helpful? Search this website for more GPS and GNSS technology.

Free Solar Panels in Texas: Are They as Free as They Say?

7 Essential Renter Tips That You Should Know

Why Hire an Elevator Consultant? A Mini Guide